Over the course of 2019, Nicole Nakoneshny, KCI’s Lead, Knowledge + Insights, is going one-on-one with the members of our Philanthropic Trends Advisory Board to talk about the future of fundraising and philanthropy and explore What’s Next for Canada’s charitable sector.

In 1997, Rick Frost became The Winnipeg Foundation’s fifth Executive Director. For the 25 years prior, he worked in municipal public service, as Chief Commissioner of the City of Winnipeg (1989 – 1997) and Chief Administrative Officer of the Regional Municipality of Peel (1978 – 1989). Rick particularly enjoys working on The Foundation’s leadership initiatives, like Downtown Green Spaces, Nourishing Potential, Literacy for Life and The Foundation’s Centennial Awards in Canadian history. Rick has served as Chair of Community Foundations of Canada and on the Boards of many local organizations. He holds an MA (History) from McMaster University, an MPA from Queen’s University and Honorary Doctorates of Law from both University of Winnipeg and University of Manitoba.

Nicole: I know that the Community Foundations of Canada held your bi-annual conference in Victoria in May.  What was on the minds of your colleagues from across the country when it comes to fundraising?  What were the key topics of conversation?

Nicole: You’ve been involved in the non-profit sector and specifically the community foundations movement for many years.  How would you characterize your conversations with donors today?  What is motivating them, interesting them?  Have these conversations changed or evolved at all?

Rick: I would say that donors today are more interested in the operational side of what we’re planning to achieve. While the vision continues to be very important, they want to know how the project or program will work, how it will be funded, and how it will sustain operations in the long-run. In the past, the answer to the question of long-term operational funding could have been that we expect government funding. This isn’t selling very well anymore. The charitable sector has three revenue streams; government, fee for service (ticket sales, etc.), and donors. All of these revenue streams are under threat, with governments trying to cut back expenses, the number of donors decreasing, and it’s increasingly competitive on the fee for service side. Donors are aware of these challenges, and they want to know exactly how we’ll pull these projects off despite them. As a community foundation we are fairly well positioned to address these types of questions because endowments create a sustained revenue stream that donors like to see.

Nicole: We also know that 66% of donations made in Canada go to 1% of charities.  How does this impact the health of our sector?

Rick: I think this just reflects how competitive it is in our sector, and how hard it is to be a successful charity. I think donors are looking for collaboration between similar charities to increase their donation’s impact. Say there are two organizations in a city that address drug addiction; one offers detox facilities, and one offers safe injection sites. They’re both trying to address the same problem, but many people don’t understand that their approaches are quite different. So it creates confusion about who is doing what.

With this new generation of very passionate, entrepreneurial people, if they don’t think that a problem is being addressed appropriately, they’ll just go and start their own charity. This splitting off contributes to the problem of there being too many charities doing something similar, and the confusion about who is doing what.

So any charity has to be aware of collaborative opportunities to reach maximum impact. On the other hand, you also have to have the passion to drive your own agenda and tell your story to compete with these larger organizations.

I would say that donors today are more interested in the operational side of what we’re planning to achieve. While the vision continues to be very important, they want to know how the project or program will work, how it will be funded, and how it will sustain operations in the long-run.

Nicole: It is estimated that upwards of 78% of organizations don’t have a formal succession process for their leadership positions and that only 41% of organizations have identified potential future leaders.  Does that worry you?

Rick: I think succession planning is important. We want to grow people into these leadership roles and attract people to the sector, but you’ve already made the point that the majority of donations are going to 1% of charities. I’m sure those large organizations have succession plans. I know that one third of charities in Manitoba have budgets of under $400,000/year. A lot of charities are small, volunteer led, sometimes entirely volunteer staffed. If a charity only has two staff, it’s unrealistic to expect them to have a formal succession plan that’s highly sophisticated. So no, I don’t think it’s a huge issue. Organizations know it’s important, and I think they’re doing the best they can in the context they work in.

Nicole: I want to hear your thoughts on the pesky and persistent issue of cost of fundraising/admin costs… which continues to be a thorn in the side of many charities.  Are you surprised this is still an issue we have to grapple with?  In your opinion, what needs to be done?

Rick: I’m not surprised that this is still an issue. People will always want to make sure that money they give to an organization is spent appropriately. What we need to do, as I’ve said before, is recognize that we’re in a highly competitive world. We need to continue to tell the story that administrative costs are important and necessary for good performance and the ability to create impact. The other sectors are spending money on administration, it’s a necessary expense.

We’re very fortunate to work in a sector where passion is everywhere. It makes for a very motivating and inspiring environment. Every day I’m surrounded by people who want to make a difference, so I don’t need to look too far for inspiration.

Nicole: What are the things that you believe should be on every charity’s agenda?

Rick: I’d say that the root of it is trust. Being transparent and accountable in terms of what the strategy is and how money is being spent is always really important.

Also, there’s a whole range of different standards that an organization has to meet to be competitive/relevant in today’s society, and these standards are changing. For example, technology is something that affects us all, is changing every day, and there are a set of standards related to it. Today, everything is done online. You can buy furniture, order food delivery, and do your banking from your phone. You can send money to a friend in seconds by text, but you probably can’t text a gift to your favorite charity.  It’s hard to keep up with the features that people expect.  Security and privacy is increasingly critical across all sectors, how are we meeting these standards? In the past, if someone had a complaint about your organization, they’d call or write you a letter. Today, they’ll tweet it out for everyone to see, and how you handle this is another standard you need to be able to meet. These are just some of the ways that the world is different not just for us, but for all sectors, and with it comes new standards. We need to be up to speed with this, and able to meet these standards that the younger generation is more attuned to.

When it comes to fundraising, what’s trending?

I think endowments are trending. More people are interested in making legacy gifts, and foundations are growing.

The passion that individuals have for their communities is timeless. The whole charitable sector is driven by passionate people. Things get done because of volunteers. People’s time and leadership is just as important as their gifts. Without these people, nothing happens.

Where do you look for inspiration?

I just kind of spoke to this, but we’re very fortunate to work in a sector where passion is everywhere. It makes for a very motivating and inspiring environment. Every day I’m surrounded by people who want to make a difference, so I don’t need to look too far for inspiration.

What do you tend to read?

I love reading and listing to podcasts about history.

Are you surprised by anything that you see happening?

This isn’t specific to our sector, but I think it’s surprising how seemingly huge news stories get so little attention and blow over so quickly. What would traditionally be an important story with a lot of coverage seems to just get scanned over today. It’s there then it’s gone. There’s just so much information out there now that our attention shifts so quickly, and it makes it really difficult to be heard.

What was your first experience with “charity” – either giving or receiving?

UNICEF would be mine. When we were kids we would go around carrying those little boxes to raise money for them. I remember when I was in grade 8 I raised $80 for them, which was the second highest amount that was raised in my class, so I felt good about that. 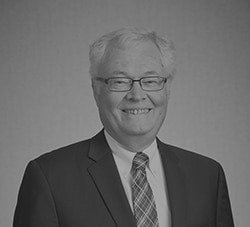